Our Spain Honeymoon Itinerary in 2 weeks

Finally! After 2.5 months of house renovation, it was safe enough for us to leave for honeymoon. We were deciding between Switzerland or Spain , but i'm glad we chose the latter!

In case you're wondering how our place looks like, I've included some previews below! 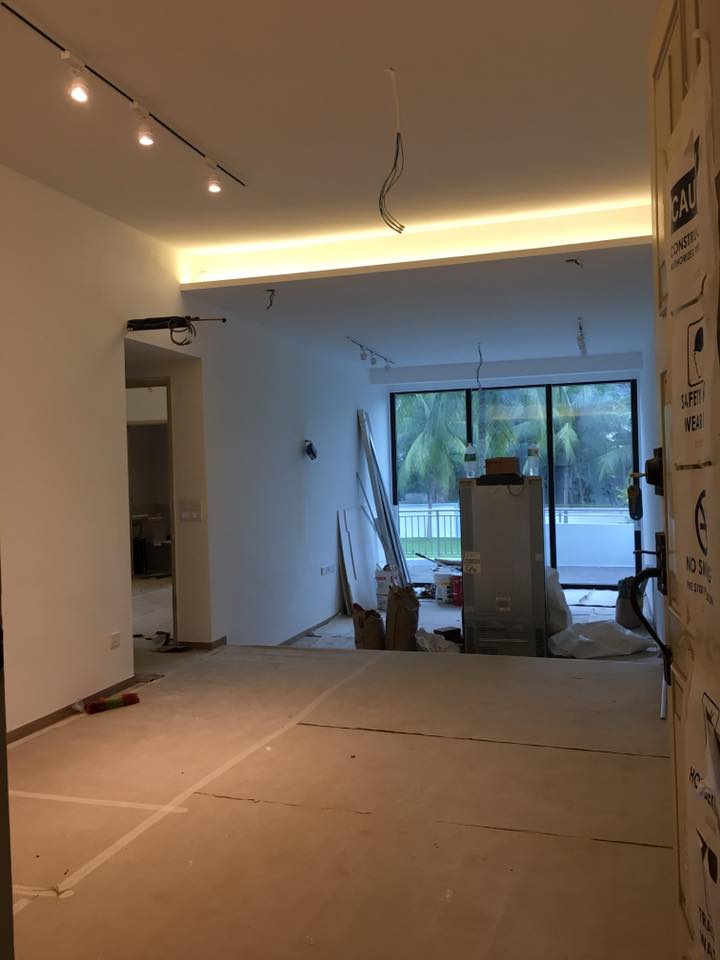 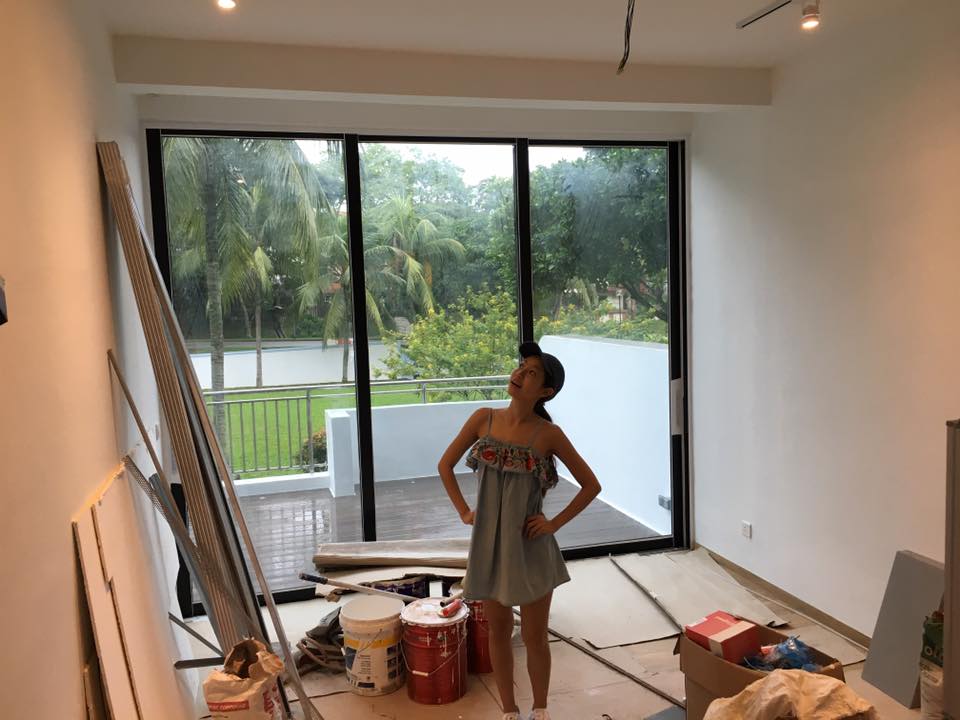 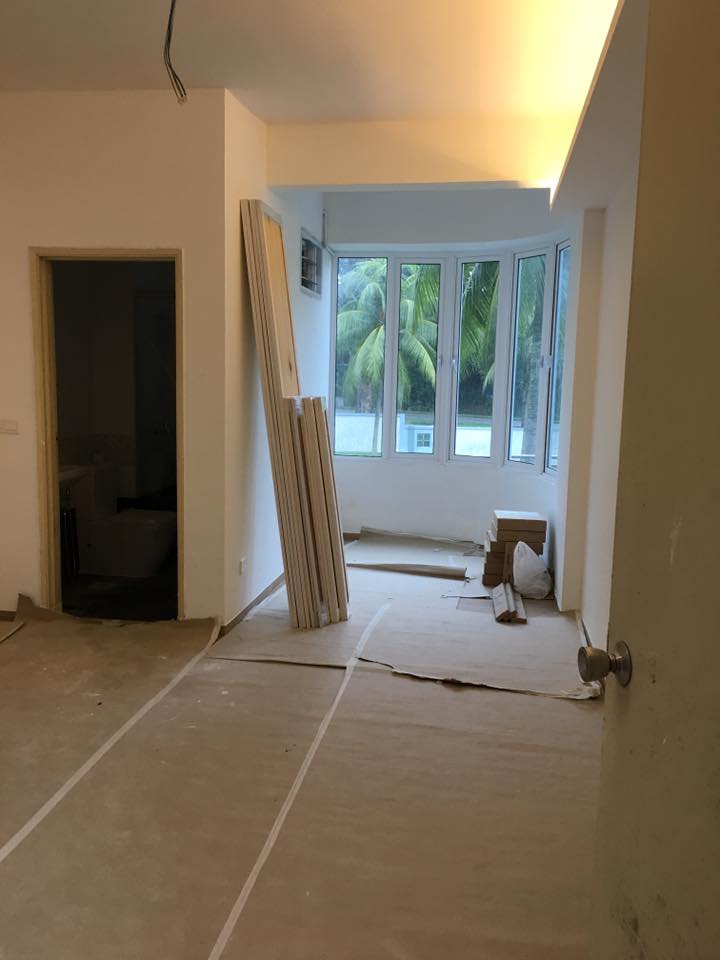 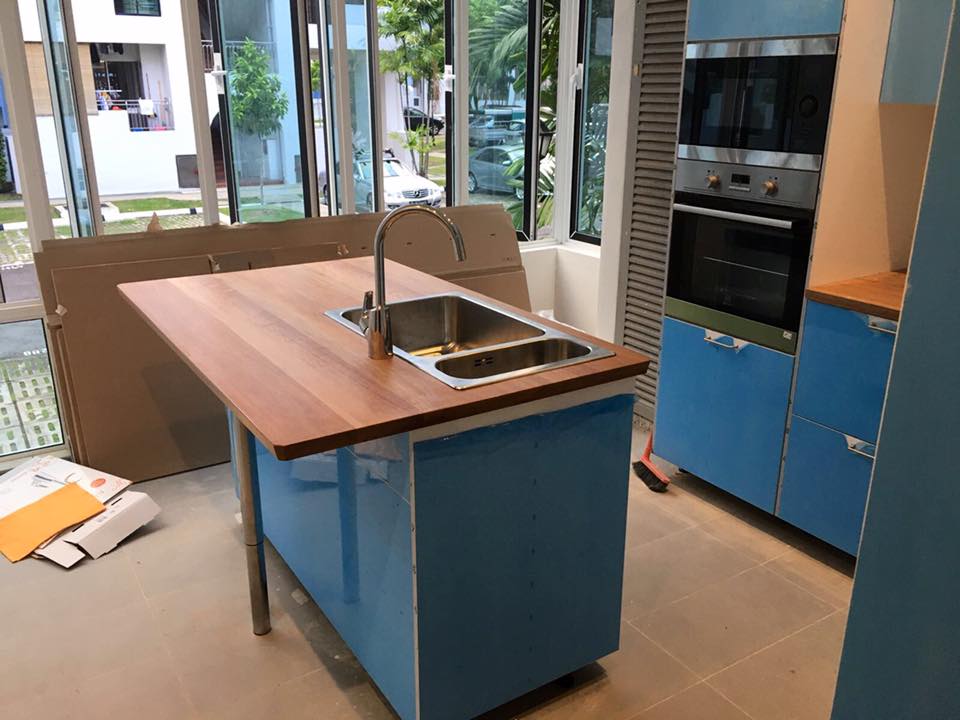 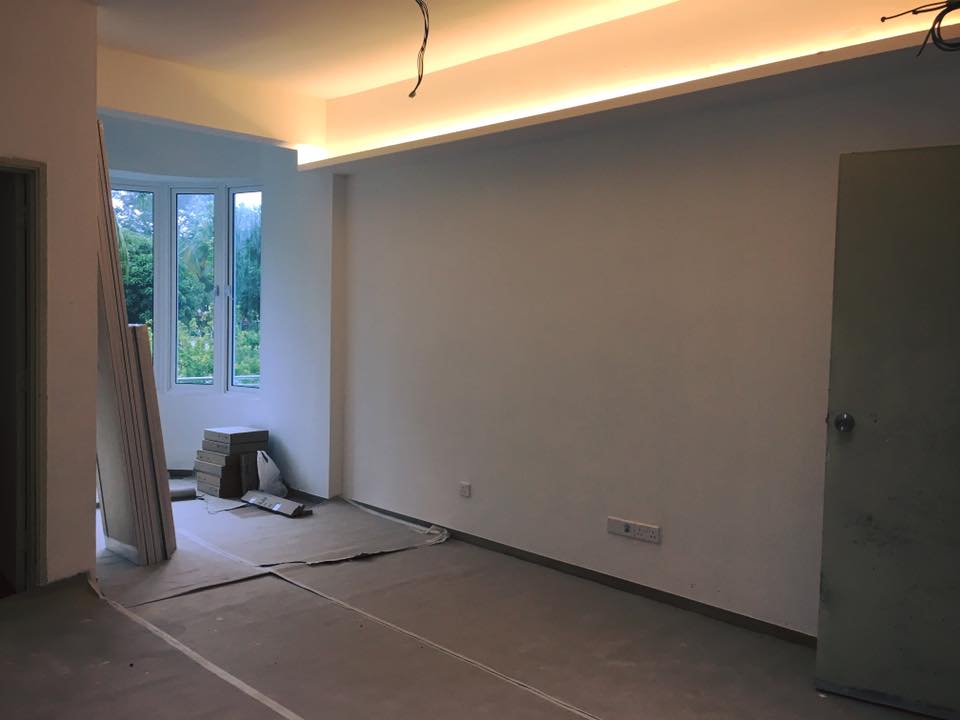 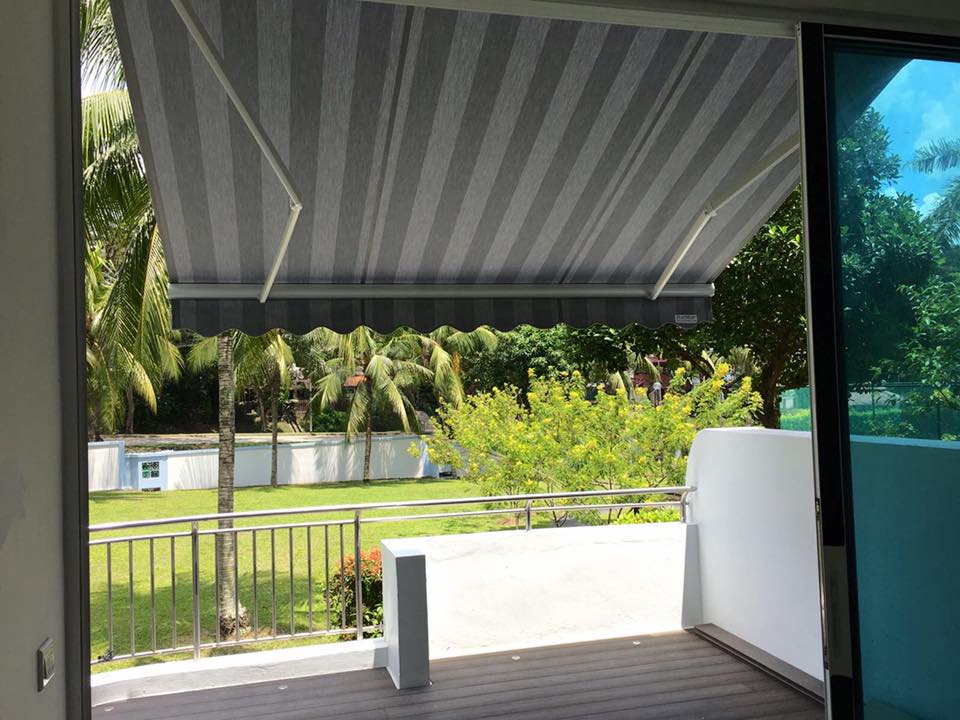 I didn't know what to expect in Spain, so i went with an open mind with no prior expectations. We planned on covering 4 cities in 2 weeks, it does sound a little tedious for a honeymoon but... for people who know me.. :p We selected Spain because it has a great mix of the city, scenics and fair share of beaches.

Our itinerary for the Trip: 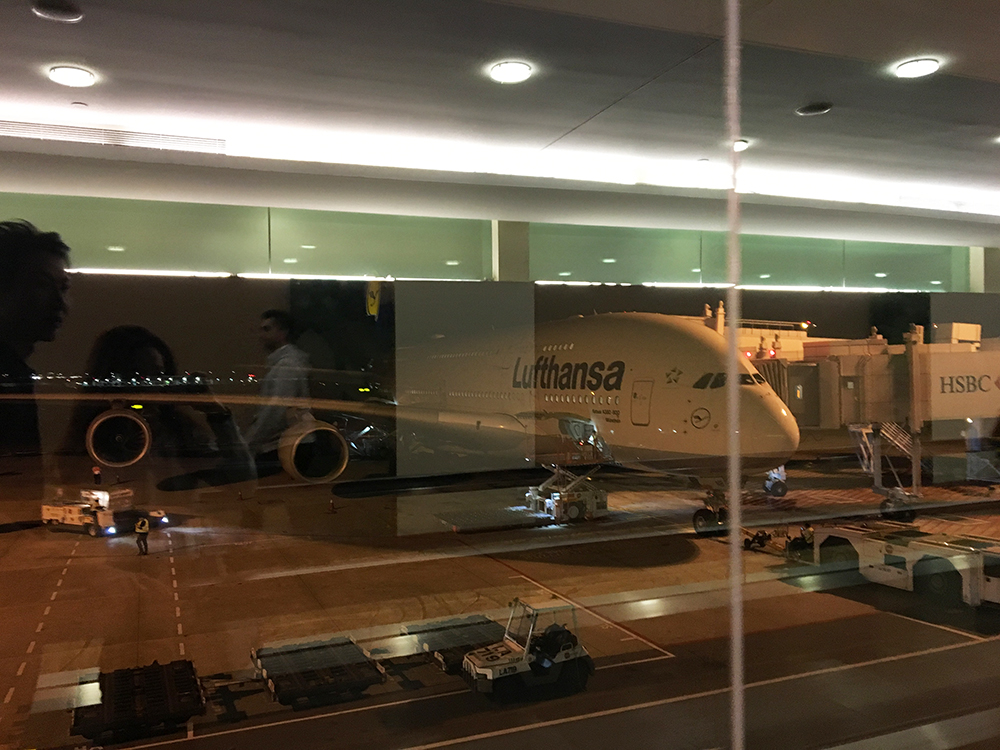 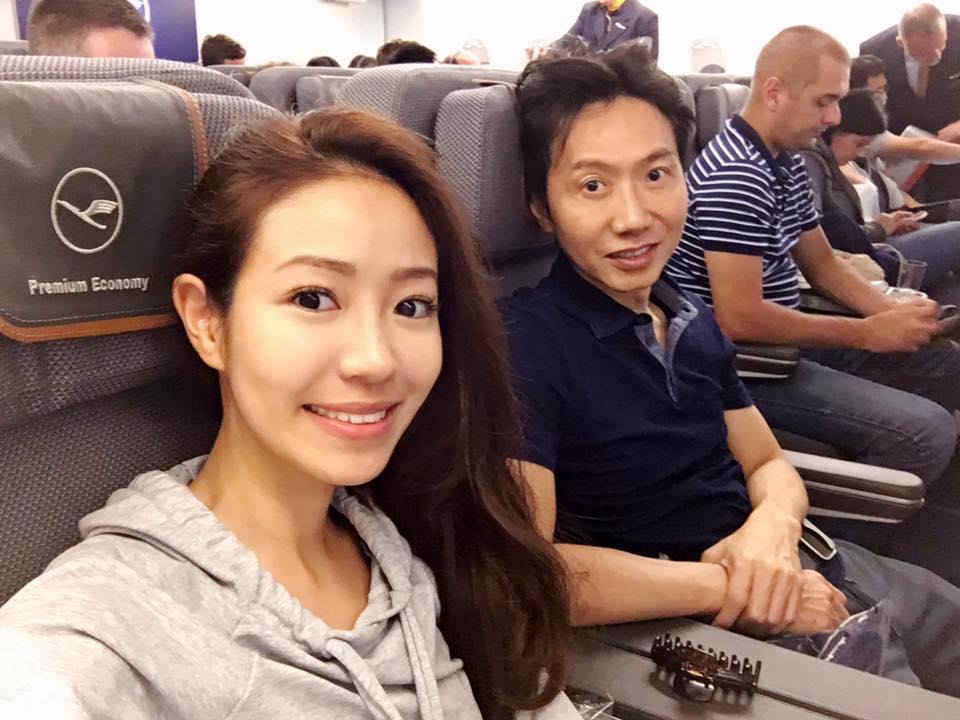 When we reached the airport, i was surprised to see huge throngs of people... but that's also because i didn't know we were going to take the Lufthansa Double decker Airbus A380! We took premium economy for about $2100+/pax and it was a comfortable ride indeed! The airbus is amazing, you can barely feel a thing at most times.

After 15 hours, we have arrived at our first apartment! I fell in love with this apartment the moment i saw it on Airbnb, and i'm happy that it turned out exactly like the pictures given! 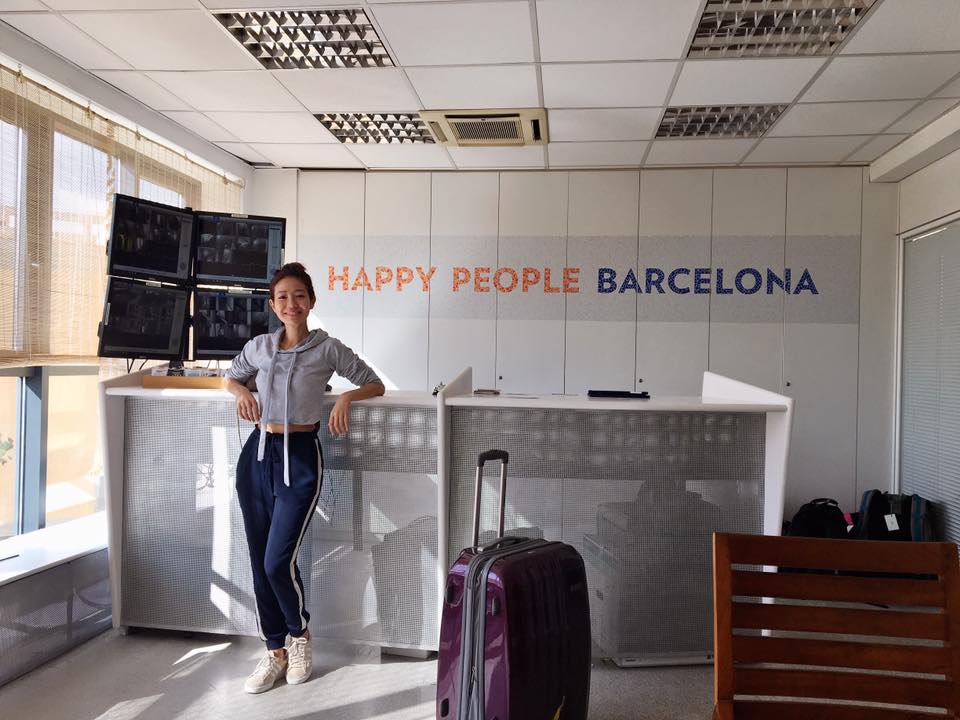 The decor is really homely and i loved the balcony for pictures. :P

I also spied on a grandma at the opposite building who took her cat out on the rooftop for a morning breeze.

Our first meal of the day and it already looked yummy! I'm hoping i could use all these food examples to make my very own.

The weather was just perfect, it was cool with the lovely sun giving you the warmth you need.

The easiest way to get around was by the Hop on Hop Off Bus. I would advise going for the Red Bus operated by Barcelona City Tour instead of Barcelona Turistic bus

Price is about the same.

Our experience with Turistic wasn't that fantastic, the red buses came about once in 10 mins but the turistic bus came once in 20 mins. Also, the red buses operated till late at night whereas turistic ends at 9pm. If you miss the last timeslot that the bus arrives at your shop, which could be much earlier than 9pm, you're stuck. That's what happened to us on the 2nd day of our tour.

Tip: Book your tickets in advance. Wear comfortable shoes, it's a climb.

We were queuing for tickets to enter around 2pm when they told us that the next slot to enter was 4pm. We were reduced to exploring the "free zone" which encompassed huge boulders and grassland and hill top views without Gaudi's colorful works.

The view wasn't bad but we missed out on the main attraction. 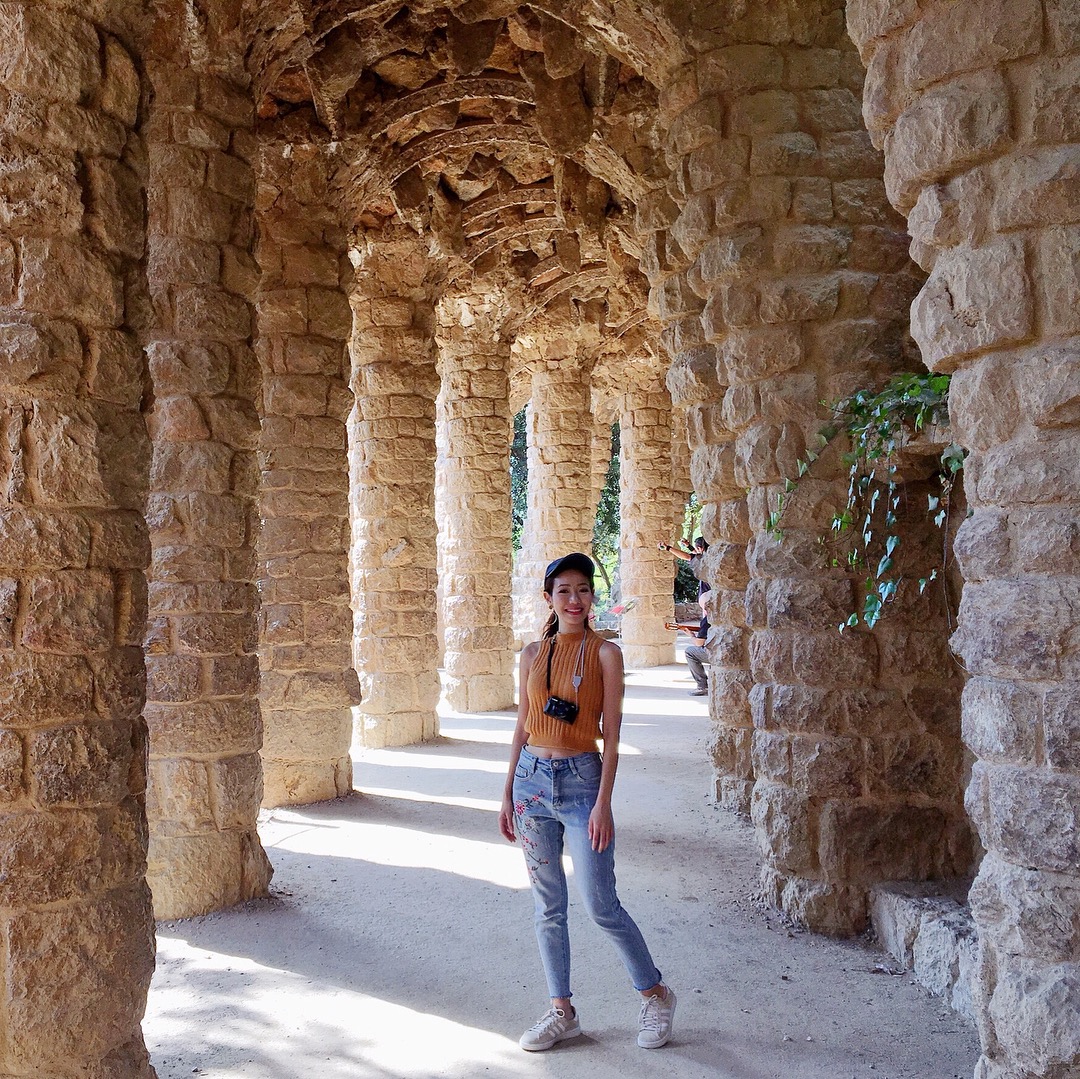 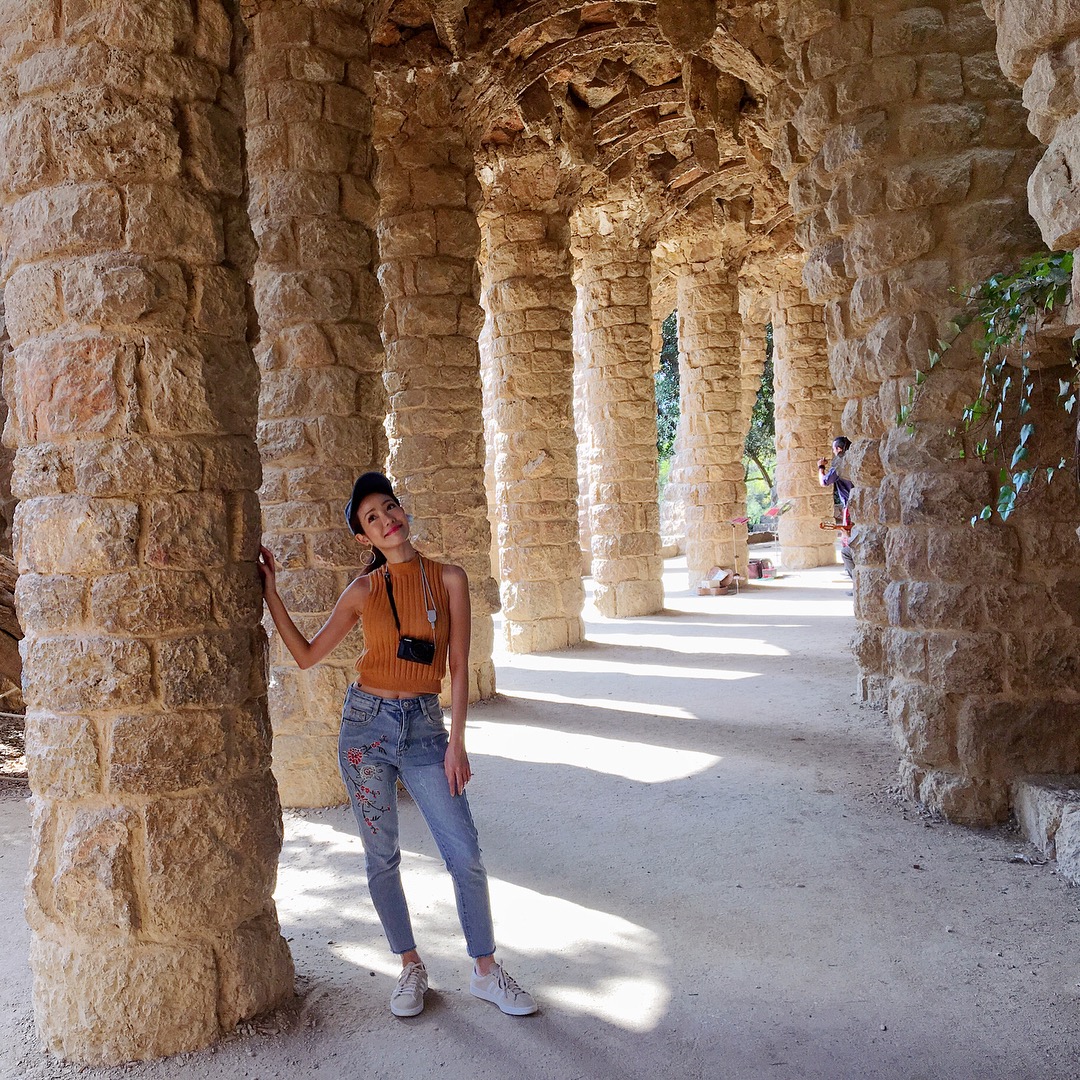 My opinion is that this place could be skippable.. Lots of the architecture required you to imagine how it used to look like with the help of a 'visual guide' shown below.

You basically walk around a blank room , and with the help of the guide, it will show you what used to be there.

I did though, enjoy the experience of walking up the house, where you can see the unique interior design .

A similar alternative to visit could be Casa Milà . We did not visit, but the pictures look promising.

Include the Towers ticket too! We missed it out.

And i mean LOADSS....Even those people across the street, are on their way in. 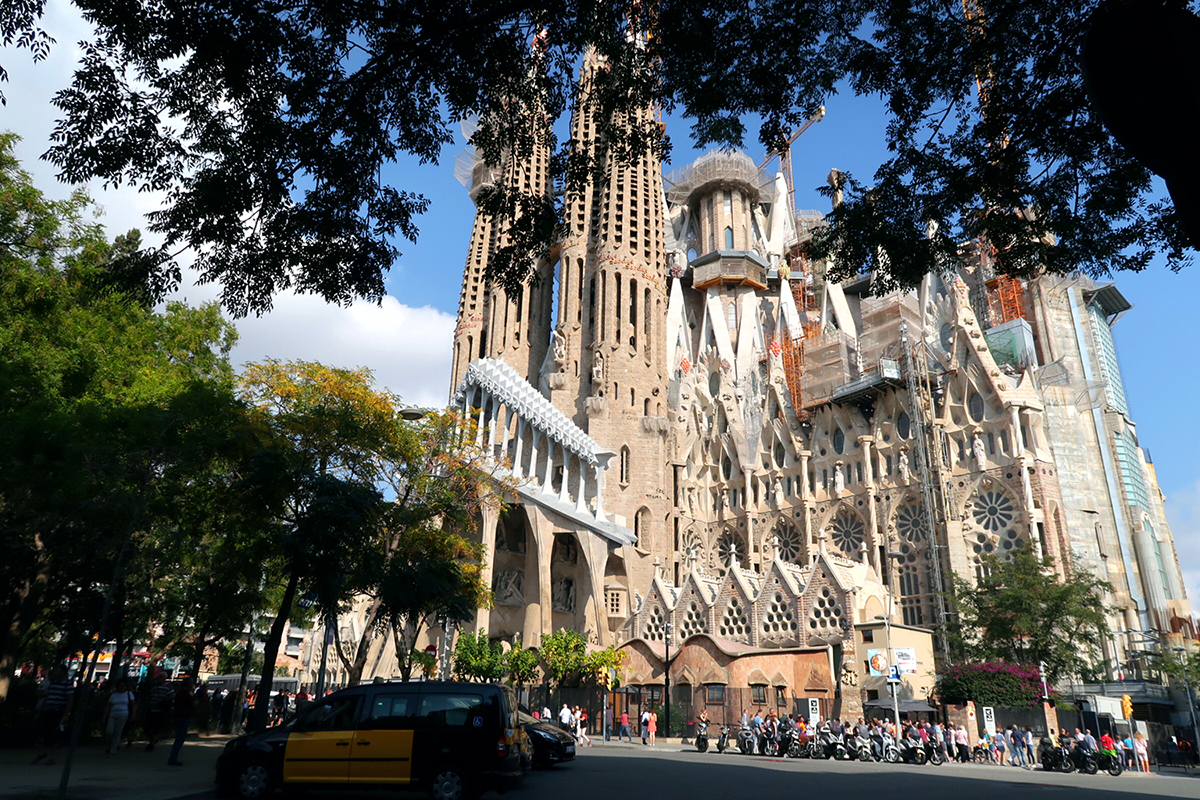 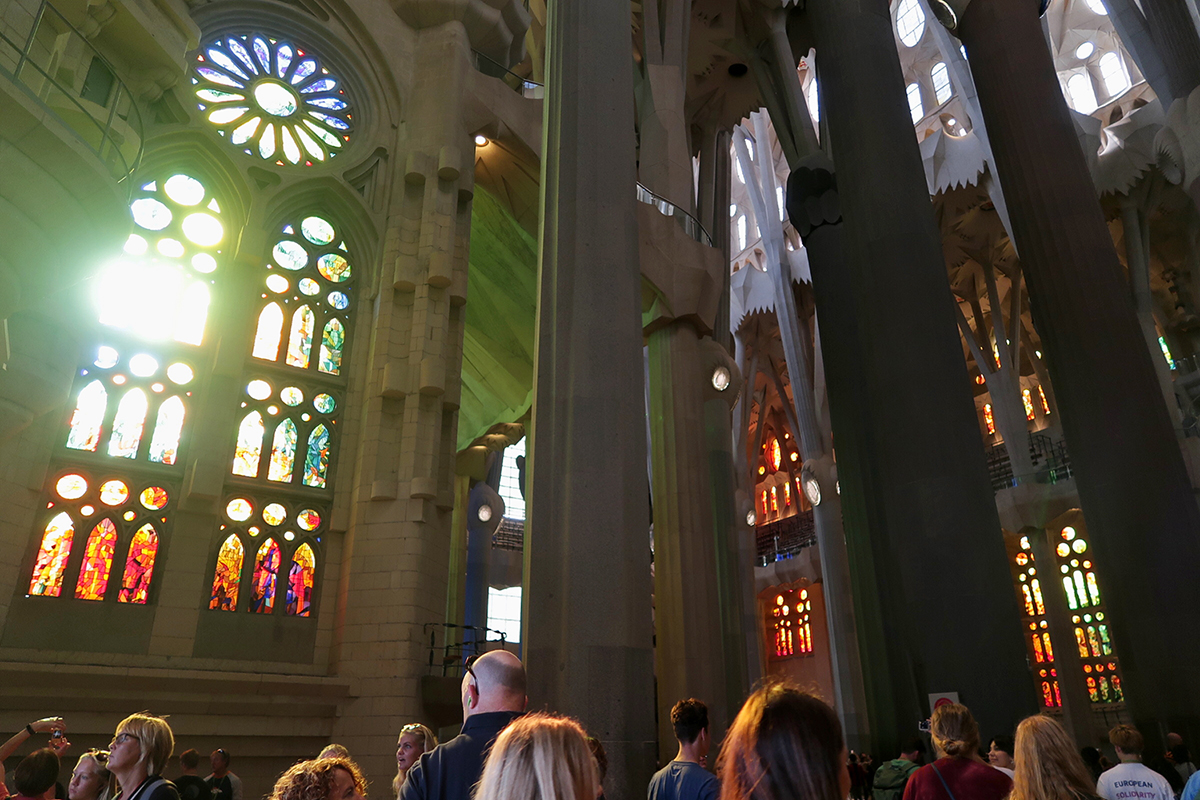 It is totally worth the visit anyway!

4th Stop: Poble Espanyol Tip: A little far off the tracks, though its close to the Magic Fountain of Montjuïc, and 2 more art museums. It's a one of a kind open air museum with replicas of characteristic houses from all regions of Spain, souvenir shops, cafes and restaurants. However, there was an event held that day and a portion was cordoned off, plus it began to drizzle and started getting really cold! Because it's an open air museum, we could not venture around much on the wet sand. :(

Interesting but not a must to go.

Gothic Quarter - Ooo i really loved this area! We discovered so many little nick nacks.

- Macchina Pasta Bar: fresh pasta cooked on the spot with all ingredients chosen by you!

- Candy Kitchen : expect marshmellows made out of real fruit and loads of chocolates to keep you happy. 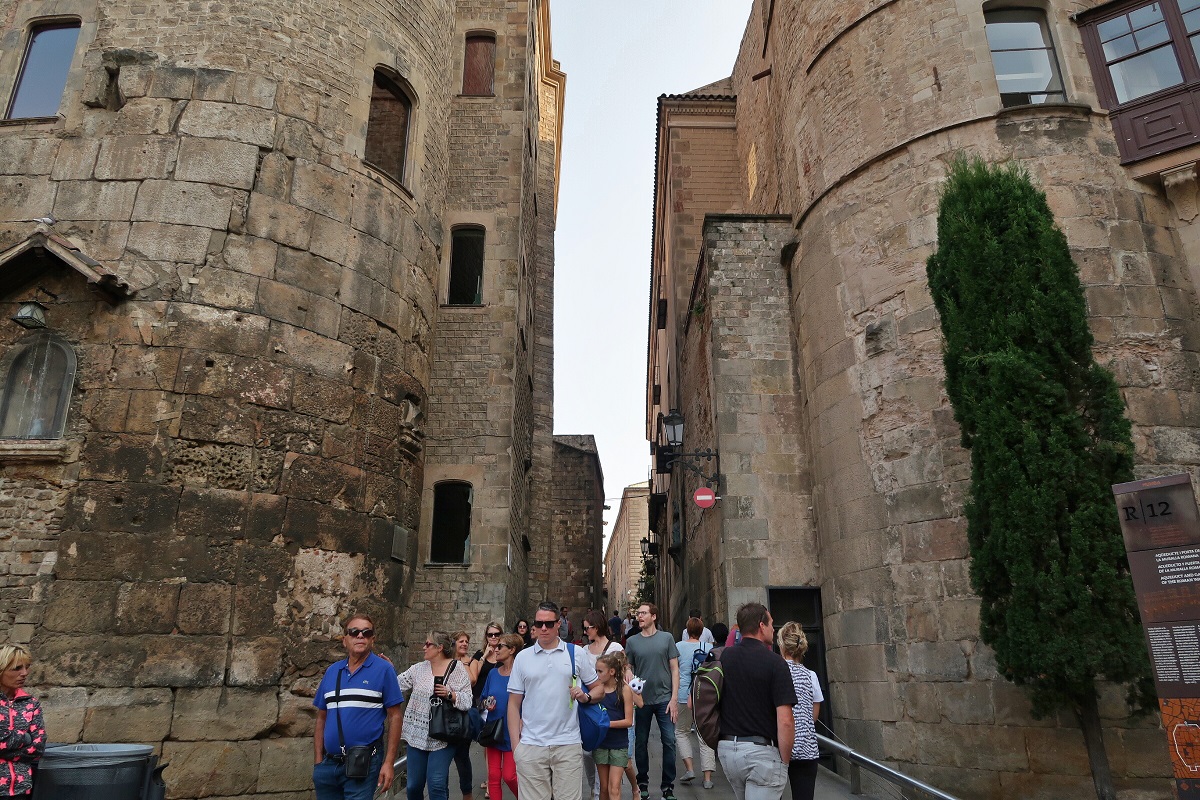 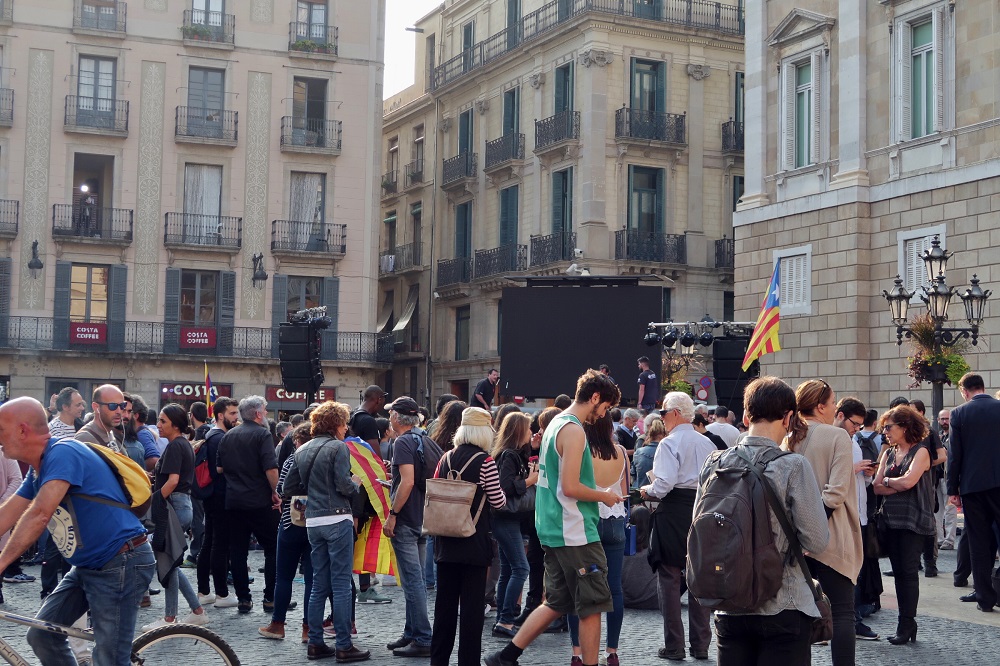 I'm not that much of a foodie so my husband does all the researching for good food and i have to say he usually does a great job!

There are 2 places that i have to mention :

Can we take a moment to appreciate this 'Chilli Crab' Paella Style ? Hint: there's no chili in it :p

These baked potatoes may look normal... but they are SO GOOD. We did try other starters but i forgot to take pics of them. I would highly recommend this place! Service is excellent as well.

I think the queue speaks for itself! We probably waited about half an hour for a seat. They don't have a menu, you tell the guy what you like and don't eat, and he will prepare the entire tapas set for you. We probably had about 5-6 dishes? Funny and entertaining service! They were like bar comedians.

Famous for its majestic water light shows. Starts at 9pm in October. The schedule changes every season. It can get very crowded, we wanted to get close upfront at first, but realised it was impossible to continue watching without getting drenched by the 15th min.

We stayed in another apartment by Deco Studios in an area called El Born. It is a very interesting neighbourhood with lots of character! This is where we found the awesome Tapas place i mentioned earlier called Cal Pep. 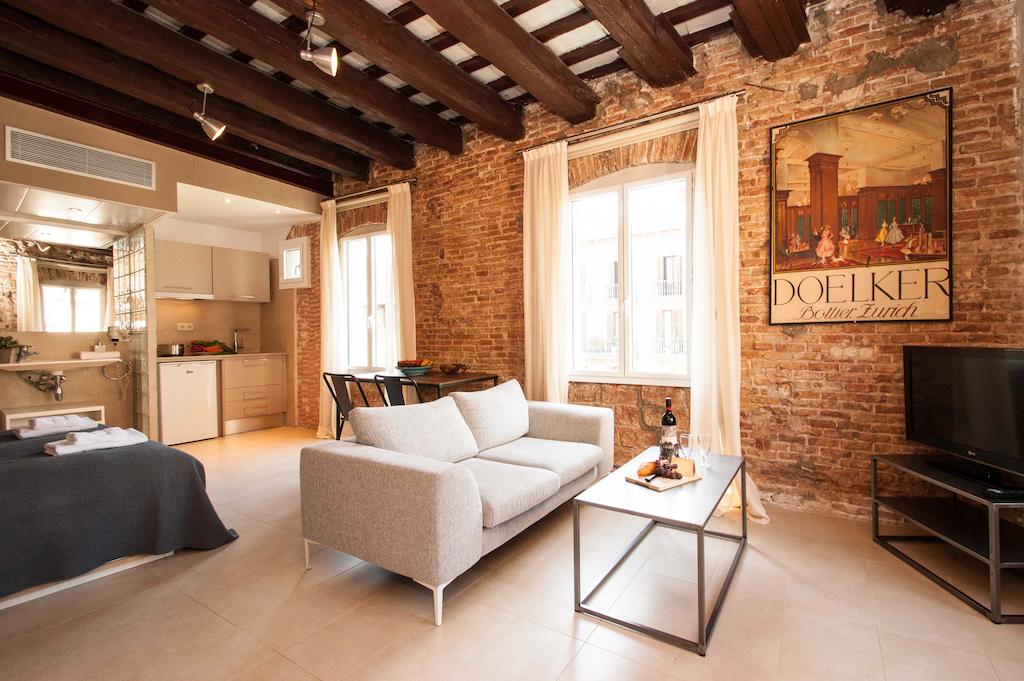 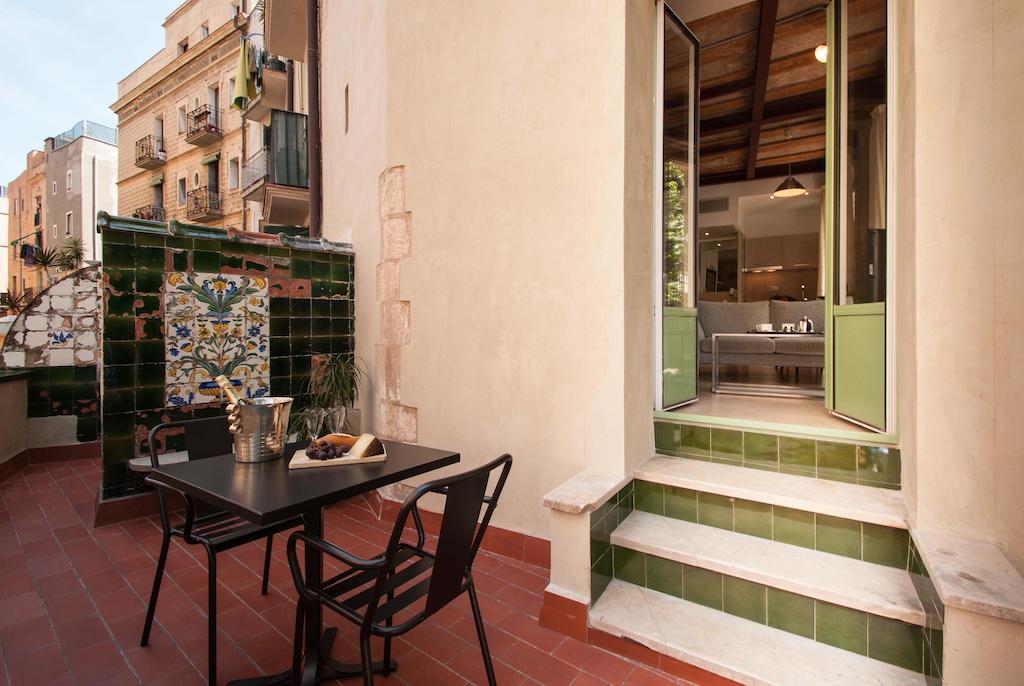 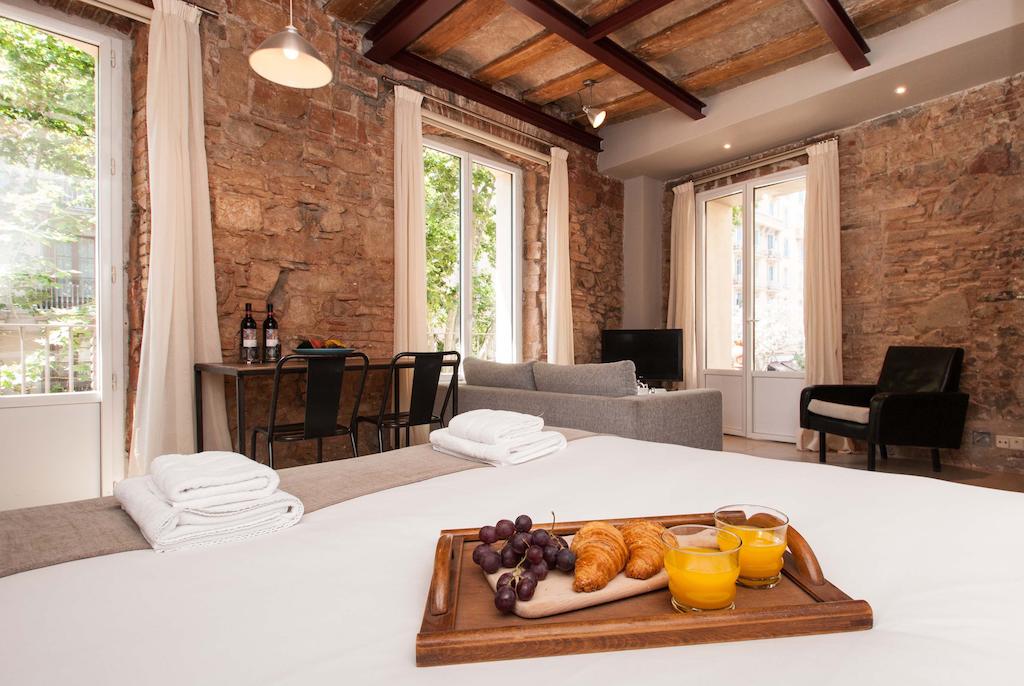 We also managed to check out their local underground clubs/pubs since it was just below our place!

Note: You have to find the ticket machine to print out your own ticket. 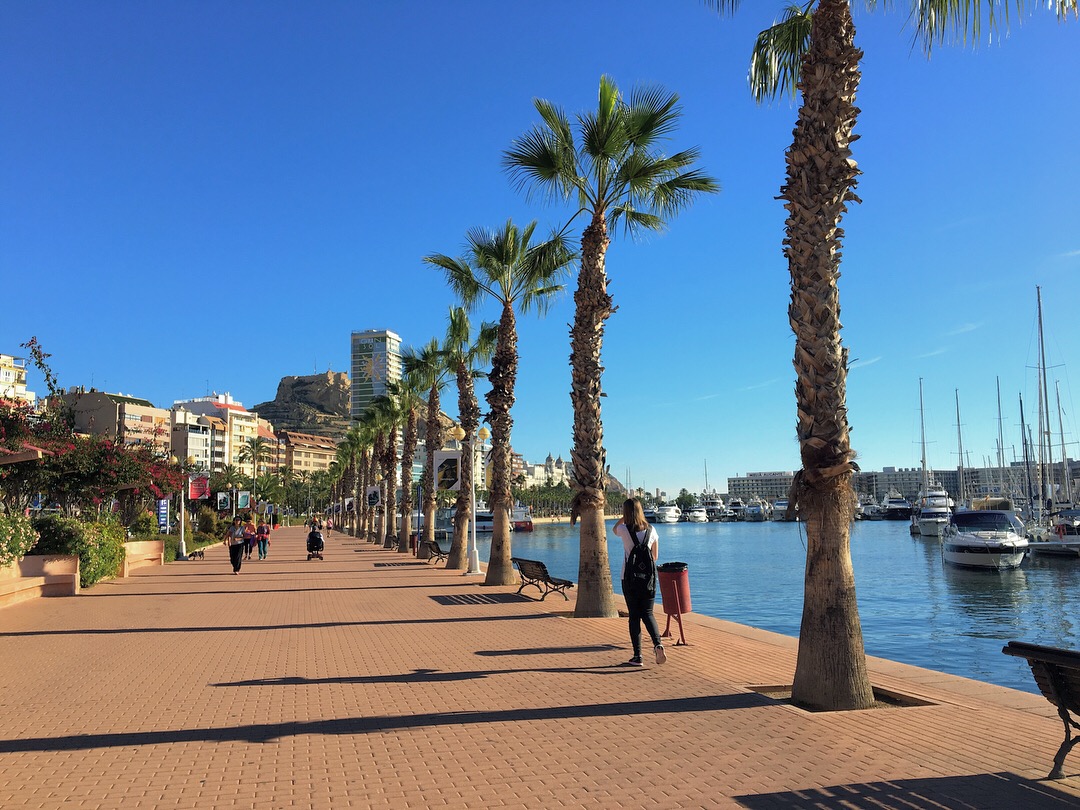 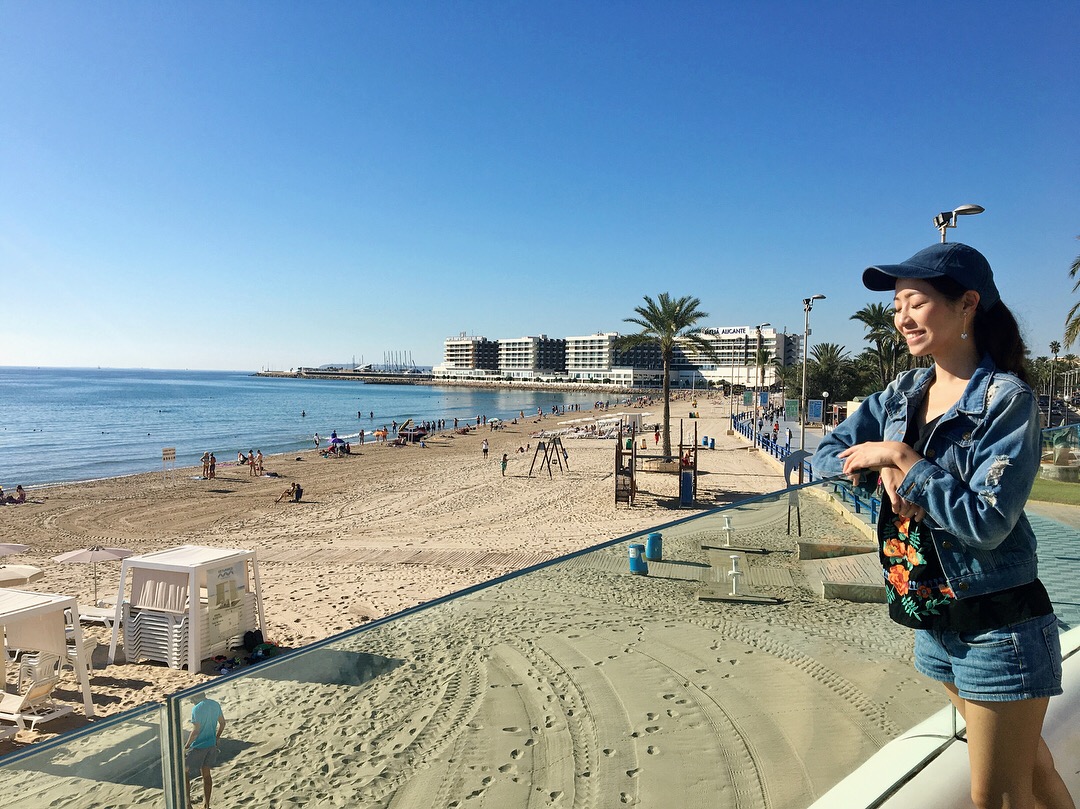 Alicante is a port city on Spain’s southeastern Costa Blanca. It is such a beautiful small town. I loved it, of course i'm probably biased because i loveeee beaches.

The weather is nice and warm in the day and not too cold at night. I did alot of shopping here because it was the only place that still sold summer clothes! We didn't allocate any time to chill by the beach but managed to explore other places!

I would highly recommend staying at this apartment called Color Suites.

They had to accomodate us at the last minute due to a mistake in a booking i made (sighs silly me) but it turned out to be one of the best hosts we ever had! The apartment is also very conveniently located.

I would recommend going for the free walking tour which was very insightful. 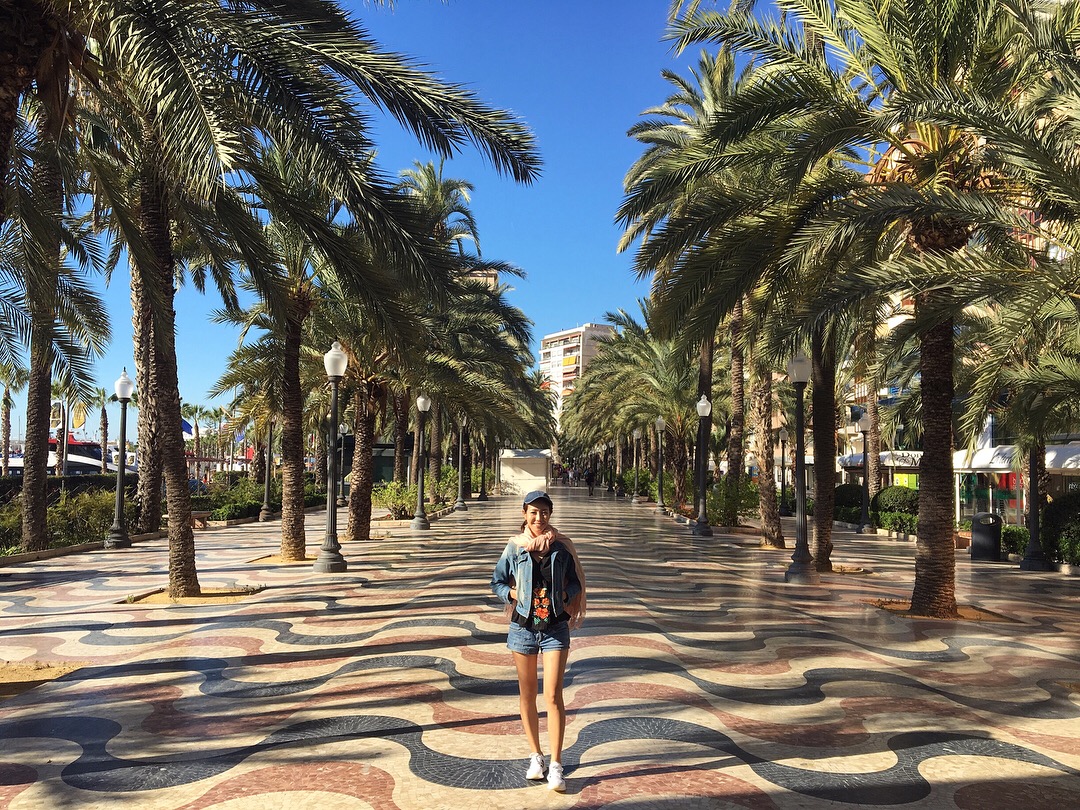 We went up to the magnificent Santa Barbara Castle for superb views! 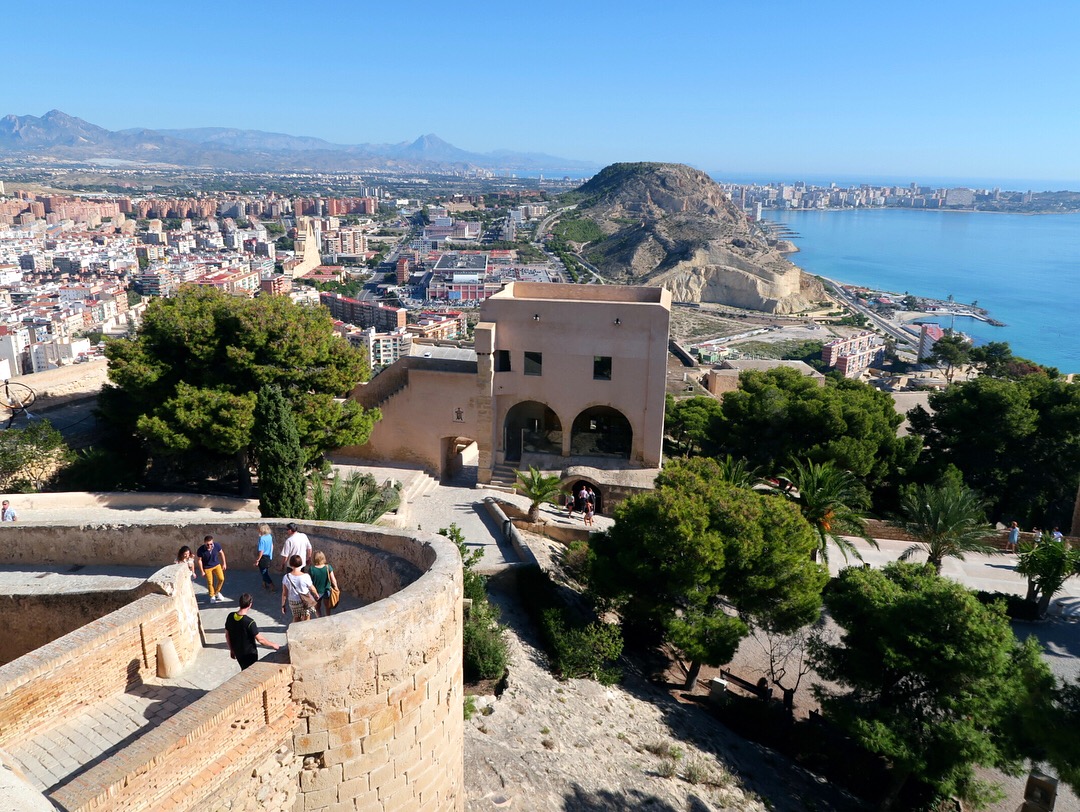 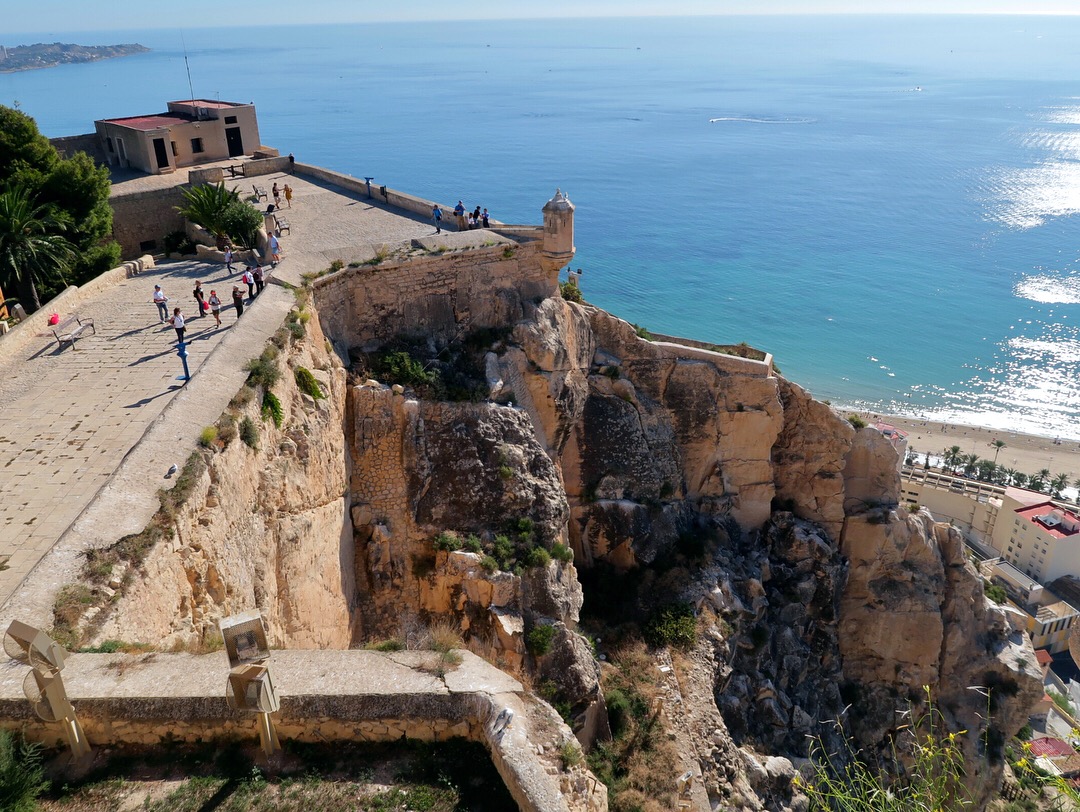 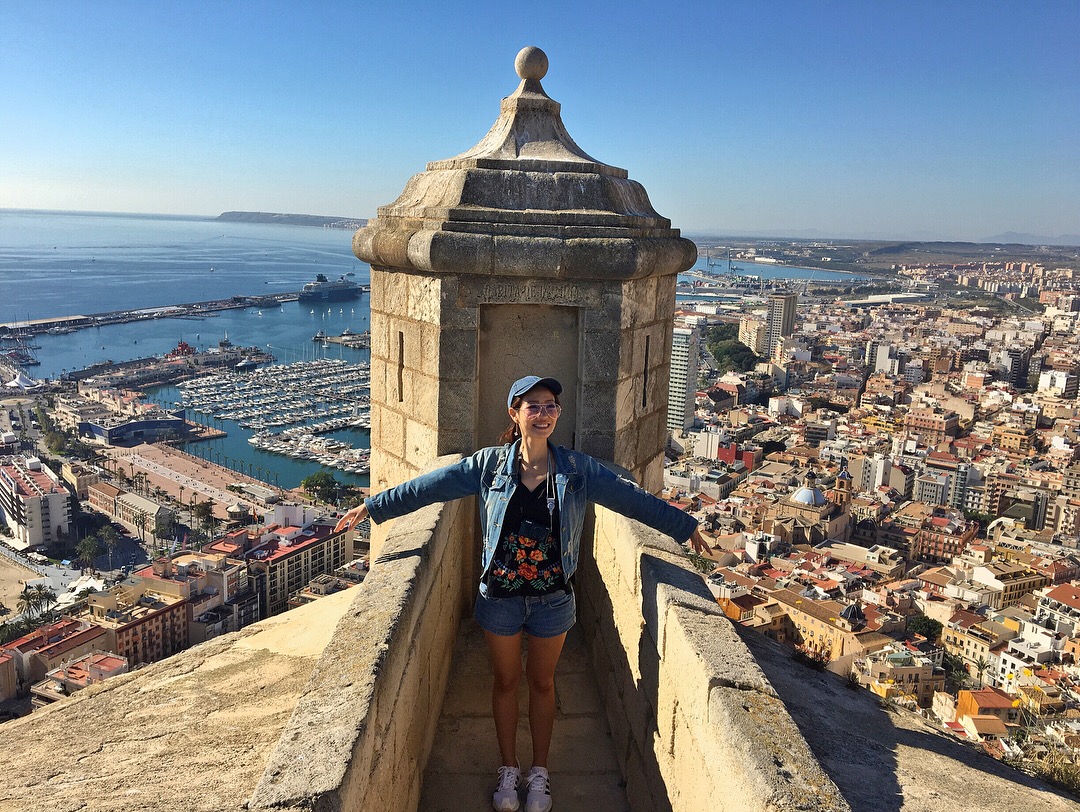 After that, we also took a 2 hour tram ride to a small town called Altea & Villajoyosa.

We missed out 2 activities - tandem paragliding because the winds were too strong and the Playa De Granadella Kayaking tour as it was full. :(

Took a 5 hour bus ride via ALSA buses. It was a fairly scenic ride, but i suggest not to take too much water as there are practically no toilet breaks! They only gave us a half an hour break on the 4th hour!

As we headed to the top, i knew i had to change my outfits initially prepared for Granada. haha.

It was suddenly so cold! We reached at nightfall, and had difficulty finding our apartment, only to find out that we had to climb 3 flights of extremely steep stairs just to get there. I'm so glad i brought only 1 luggage.

The view in this Air Bnb apartment is amazing though, secluded and romantic with views overlooking the Alhambra. 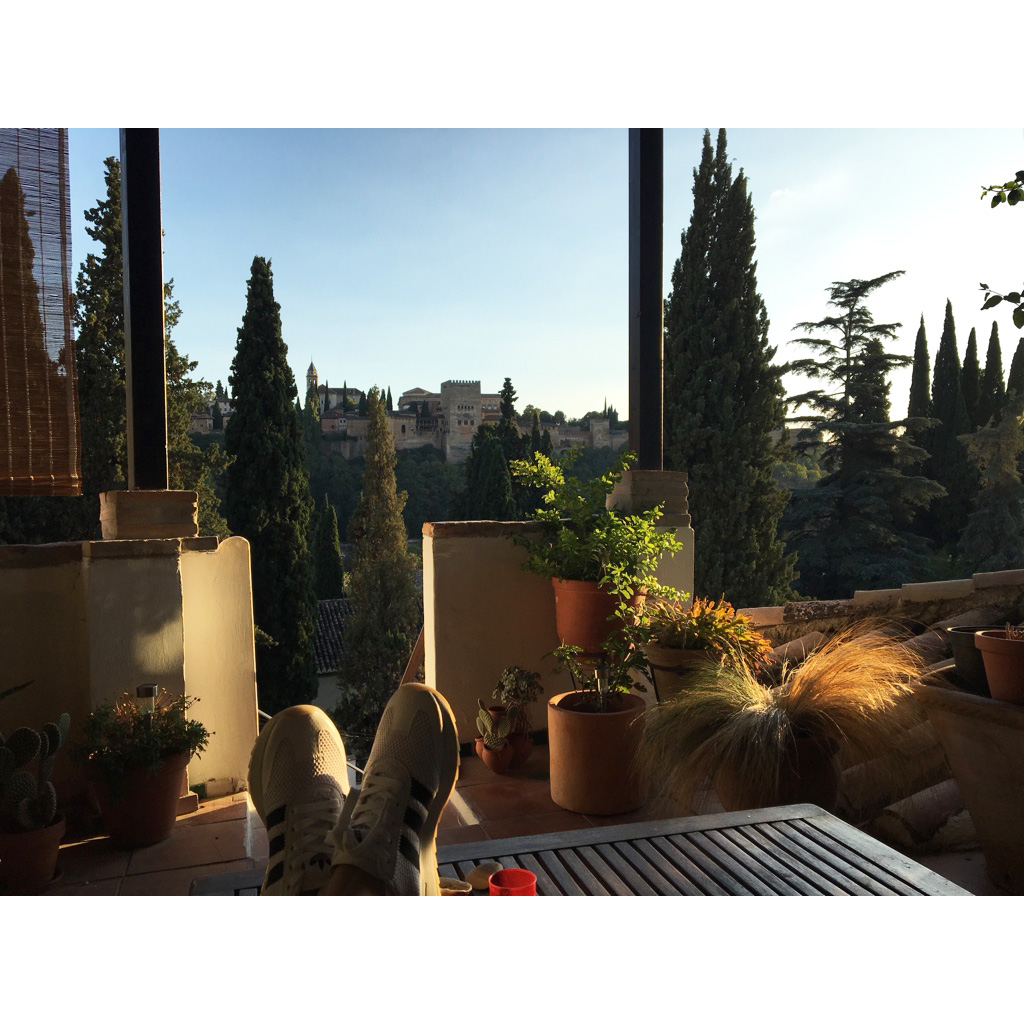 Things to do in Granada:

1. Visit the Alhambra, tickets MUST be bought in advance. Tickets from their main website was already full a month before so we bought the Granada pass instead, which gives you access to the Alhambra.

Also, you must be punctual for your time slot to the Nasrid Palace or you would literally be missing the gist of visiting the Alhambra.

It is a beautiful beautiful place. Let the pictures do the talking!

2. Go for a Segway Tour, its super awesome! We booked ours from www.playgranada.com My ankles were already aching from climbing up and down the hills, and the segway was a good option to explore the hills without the long walks.

I had tried a segway in Sentosa before but this experience was totally different because the roads were rocky, steep and downhill!

Here's a video i filmed with the camera hanging from my neck!

After the ride, we went into one of their heritage streets and chanced upon a turkish cafe serving tea and very sweet cakes.

At night, we went for a Flamenco Show which is a must watch in Granada!

Dinner that night at Jardines De Zoraya. Granada has definitely left me in awe.

Compared to Granada, I felt like granada had more character. Seville felt more modernised. Maybe its me, i like rustic and older scenics.

My accommodation in Seville: Apartment in Triana

It had a nice outdoor area where it overlooks a church. The sofa bed was surprisingly comfortable! No lift though, so be prepared to lug your luggage up. Most of the accommodation in Spain had no lifts.

It was also here i shot a post for Nutox products!

Things to do in Seville:

1. Real Alcazar of seville, it's rather similar to the alhambra, a smaller but equally beautiful palace. 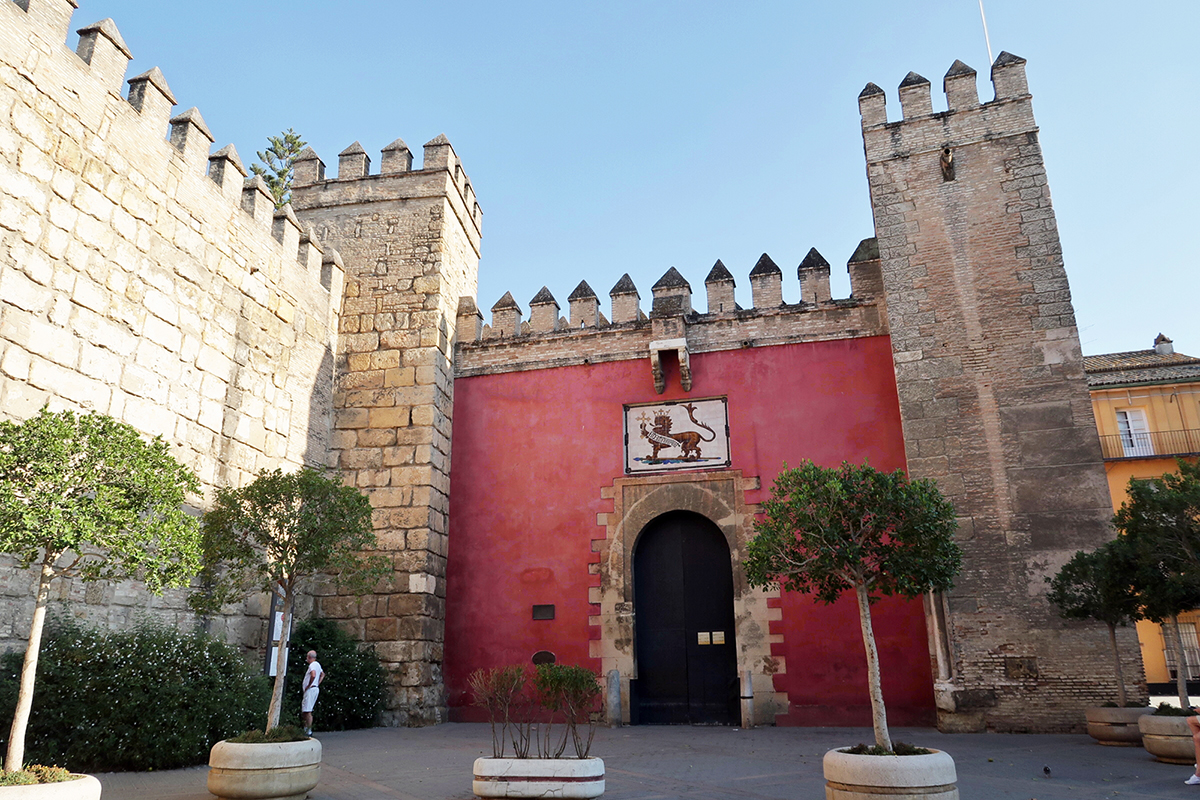 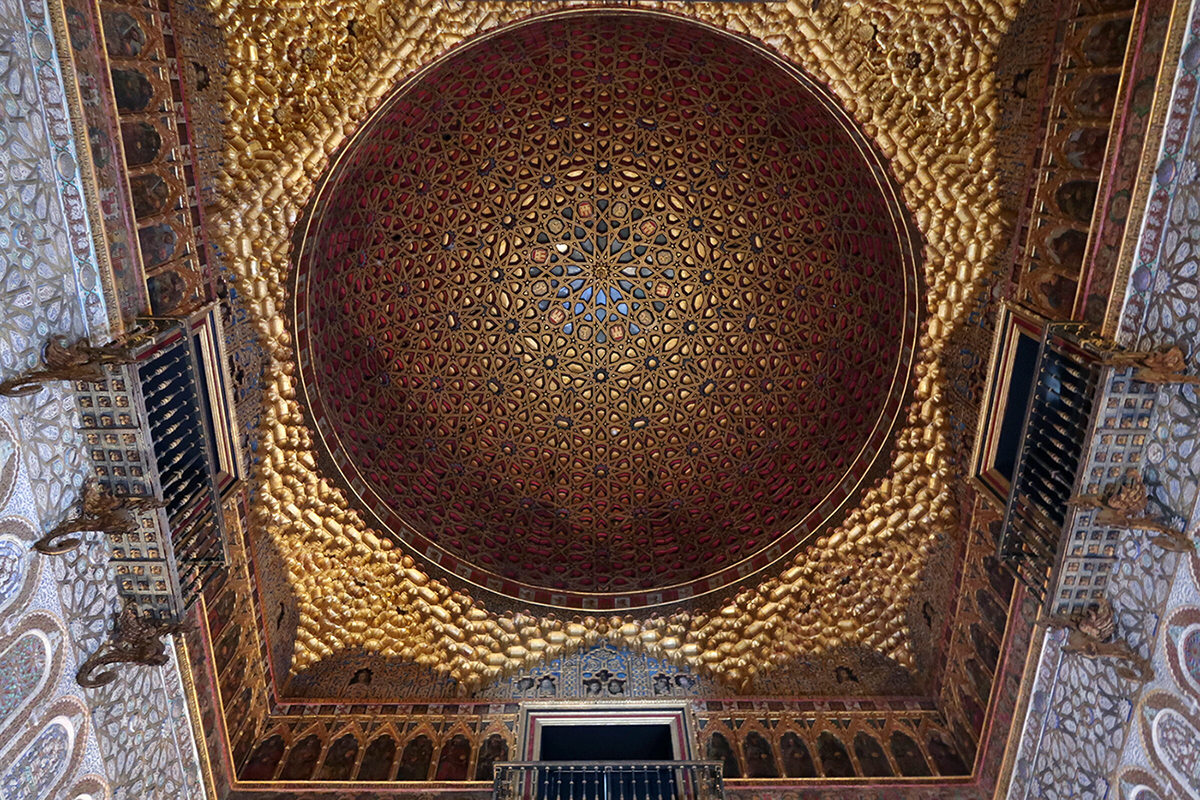 3. Jewish quarter - Medieval area! We had a short walk through at night and saw some interesting architecture.